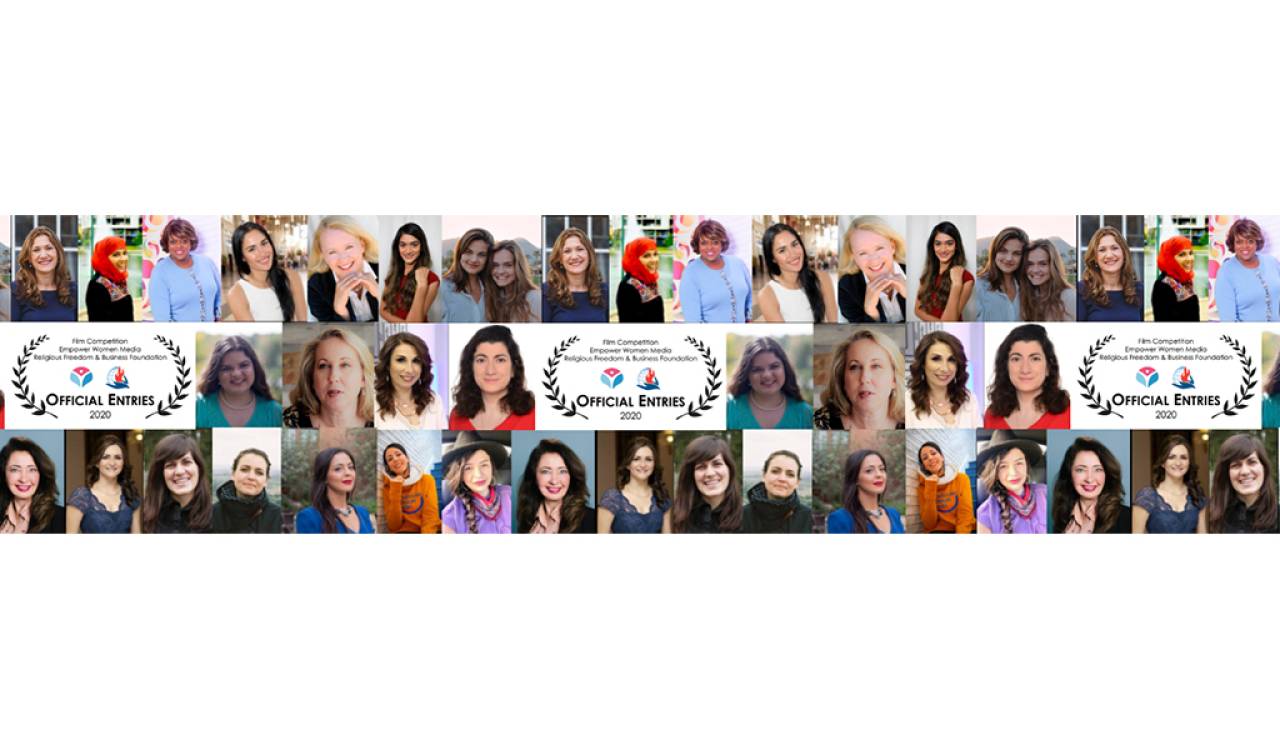 Amman, Jordan (ACCTS-AWT) - The first runner up film, Her Factor, by Ruba Rihani and directed by Randy Abbassi, addresses the issue of women's empowerment in the Middle East, focusing on the challenges that the Jordanian women face in the workplace. "There is a great need, and it is a responsibility, to enhance women's economic empowerment in Jordan and the Arab world. Because it has a great impact on advancing the wheel of economic development and enhancing the productive role of women in increasing the total income of the country and her family," said Rabi Rihani, director of the Arab Woman Today Department under ACCTS Foundation. Ruba added, "The Covid-19 pandemic was disastrous for a large number of women in Jordan, which weakened efforts to increase women's participation in the Jordanian labor market, especially the Arab one."

In an interview with the director of the four-minute film, Randy Abbassi says, "I noticed wherever I went and toured in Jordan that there is a strong correlation between gender inequality and general poverty. During my film shoot, I looked for this issue through our meetings with multiple personalities from every spectrum of society. It made me demonstrate the importance of upbringing in the home in reinforcing equality between sons and daughters and the decent relationship between a husband and wife. Since it reflects the relationship of any male with the female such as the student and his teacher, the manager and his employee or vice versa, which renders equality and economic empowerment an integral part of daily life ".

You can watch here the trailer.

"In an age when there is an urgent need for inclusion and appreciation of diversity, this film competition has empowered new voices from around the world to contribute to the discussion," says Brian Grim, president of the Religious Freedom & Business Foundation, a co-sponsor of the competition. "I look forward to showcasing these stories in the months to come, especially in support of religious inclusion in workplaces worldwide," Grim added.

"We are passionate about empowering women to create media for their mission," said Shirin Taber, Director of co-sponsor Empower Women Media. "I am thrilled to see women sharing their religious freedom stories and expanding their outreach to some of the world's toughest places."

Empower Women Media invited 17 highly respected judges to review the short films for their storytelling and advocacy impact. Judges include Dr. Azza Karam, President of Religions for Peace, Robert Seiple, the first US Ambassador at Large for International Religious Freedom, and other leading voices for religious freedom.

In partnership with the Religious Freedom & Business Foundation, the top films will be presented before CEOS, United Nations partners, NGO and faith leaders at the Global Business & Peace Awards in Tokyo August 23-25, 2021. The Religious Freedom & Business Foundation will award each grand prize winner of the film competition $5,000 and a trip to Tokyo to present their short films before the 2021 Paralympic Games at the Global Business & Interfaith Peace Awards.

Long Road to Freedom by Mariya Dostzadah Goodbrake (Afghanistan and US) took the grand prize in the live short film category. District 18 by Maral Karee (Iran and Canada) claimed the grand prize for the best-animated short film. Finalists Hailed from Afghanistan, Canada, India, Iran, Jordan, Lebanon, Tunisia, United Arab Emirates, and the US. The second runner up was Together as One by Sarina Faizy (Afghanistan), who tells her women's empowerment and freedom of belief story under Taliban rule. The third runner up was Freedom to Succeed, by Lydia Sunberg (Hungary) and Sage Taber (US), who share why immigrants and refugees need the freedom to contribute economically to their new society.

It is the third annual Empower Women Film Competition sponsored by Empower Women Media in association with the Religious Freedom & Business Foundation (RFBF). The first competition was held at the start of the 2018 Paralympic Games in Korea, where Love Has No Borders by Deborah Paul (UK) and Christy Anastas (Palestine and UK) took the grand prize. In 2019, the grand prize went to A Different Way, a film by Ambassador' Sujay' Suzan Johnson Cook and Lauren Merkley (US).

All the winning and finalist films can be found here (password: Film2020).